The Pennsylvania court and legislature are considering whether to allow decades-old allegations of clergy sexual abuse to proceed in court against Pennsylvania religious organizations.  As detailed below, the Pennsylvania Supreme Court is currently considering an appeal regarding the limitations period applicable to such claims.  The Pennsylvania Legislature, on a parallel track, is considering a claim filing window to allow claims that would otherwise be time-barred.  These government activities have a huge potential impact for religious organizations and other non-profits.  Now is the time to assess and plan for the liability exposure that could follow.

By way of background, in 2016, the 40th Statewide Investigating Grand Jury initiated a broad investigation into allegations of child sexual abuse in the Catholic Church in Pennsylvania. On August 14, 2018, the Grand Jury Report was released. The report identified more than 300 former and current priests in Pennsylvania determined to be credibly accused of sexual abuse.

In 2019, however, a Superior Court panel (the Superior Court in Pennsylvania is one of two intermediate appellate courts) issued a ruling in Rice v. Diocese of Altoona-Johnstown that allowed alleged victims of child sex abuse to circumvent the applicable statute of limitations by alleging fraudulent and conspiratorial conduct on the part of the Catholic Church, and occurring until the release of the Grand Jury report on August 14, 2018.

The Diocese of Altoona-Johnstown appealed the Rice decision and the Pennsylvania Supreme Court granted allocatur (agreed to hear the appeal) earlier this year. The Court heard oral argument on Oct. 21, 2020 and the parties anticipate the Court will issue a decision in Fall 2021.

As the Rice appeal remains pending, the Pennsylvania Legislature is considering adopting window legislation similar to that passed in New York, New Jersey, and other states. Window legislation provides for a period of time, or window, wherein an alleged victim would have the ability to file a case which had already been time-barred. Window periods are usually one or two years.

Most legal experts contend that the Remedies Clause (Article I Section 11) of the Pennsylvania Constitution precludes a retrospective change to the statute of limitations. As a result, window legislation would likely require a constitutional amendment. To amend the Pennsylvania Constitution, a resolution must pass both chambers of the legislature (House of Representatives and Senate) by simple majority in consecutive legislative sessions and then, after being advertised in newspapers in every Pennsylvania county, be approved by voters as a ballot question.

Though underway, the amendment process was dealt a major setback in recent days. On February 1, 2021, Kathy Boockvar, Secretary of the Commonwealth, resigned after it was discovered that her office had failed to follow the required public notice provisions relating to a proposed constitutional amendment. As a result of this error, the amendment process now must start from the beginning, and any ballot question on this issue will be delayed until 2023.

In order to avoid this delay, however, a number of Pennsylvania legislators have taken the position that the amendment process was unnecessary. They are currently gauging support to implement a retrospective change to the statute of limitations via the ordinary legislative process.  The legislation in its current form would allow victims of past childhood sexual abuse a two-year retroactive window to file civil suits against alleged abusers and institutional defendants. If signed into law, religious and other institutional defendants will not be protected from civil lawsuits brought during the retroactive window period.

As a result of these fast-changing circumstances, religious organizations and other non-profits should take proactive steps now to prepare for the possibility of a two-year abatement of the statute of limitations.

First, religious and other non-profit entities should retain experienced counsel to conduct an internal audit to: 1) identify potential abuse claims, 2) determine potential exposure, and 3) prepare an appropriate legal strategy. Such an audit would include a detailed review of clergy and employee personnel files, an analysis of past allegations of abuse, and an examination of all documents and materials relevant to potential claims and defenses.

Religious organizations and non-profits should also assess their financial position and the legal and factual circumstances relating to a potential bankruptcy filing. In conducting this review, organizations and their attorneys should examine financial records and holdings to determine which assets may be the subject of such a Chapter 11 filing, and which entities and assets may be appropriately excluded from any such bankruptcy estate.

By taking these important steps now, religious organizations and non-profits can prepare an effective financial and litigation strategy, appropriately identify assets, and vigorously respond to a rapidly changing area of the law. 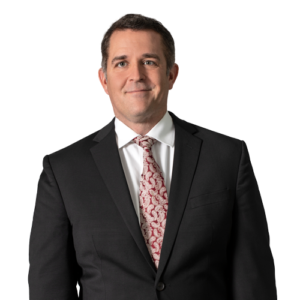 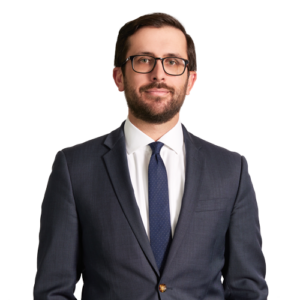