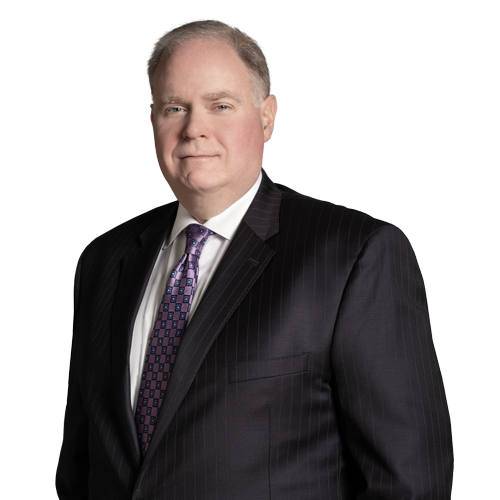 Frank R. Emmerich Jr. focuses his practice in complex commercial litigation, specifically in matters involving trade secrets and unfair competition, restrictive covenants, and intellectual property.  He has also developed an extensive injunctive practice, frequently appearing in federal and state courts. Frank’s emphasis on early strategic development of a case and experience in implementing it in the courtroom is sought by large companies, nonprofits, entrepreneurs, and individuals facing complex commercial concerns.

Clients consistently choose Frank for his ability to quickly assess the merits of a case and the resources needed, giving the client an opportunity to realistically decide its objectives. While many litigators are limited from the lack of consistent actual courtroom experience, Frank’s clients benefit from his extensive trial experience putting him multiple times a year in protracted trials.

Many of Frank’s clients rely on his judgment and skills in their moment of immediate business survival. Whether it is protecting a constitutionally protected business practice, enjoining protesters, protecting architectural plans, managing restrictive covenants, halting an aggressive takeover of a privately held company, or protecting a $1 billion trade secret of a Fortune 100 company, Frank’s clients know he can rapidly present their interests, putting together a complex puzzle without extensive discovery.

In more traditional commercial litigation, Frank is sought for his intuitive vision in either finding an opportunity for early resolution, or crafting and implementing a theme for a protracted trial. Many litigators have the reputation of relying on a playbook, but Frank understands that clients shouldn’t be thought of as an extension of their lawyer’s last client—which is why he tailors a thoughtful, creative solution suited for each client’s unique business priorities and legal interests.

Frank is proud of his involvement in the community, away from the office. He serves on Cabrini University’s Board of Trustees, and also serves as vice chairperson of the board.

U. S. Court of Appeals for the Third Circuit

U.S. District Court for the Middle District of Pennsylvania