The Superior Court of Pennsylvania’s Interpretation of The Fair Share Act in Spencer v. Johnson, No. 2021 WL 1035175 (Pa. Super. Ct. Mar. 18, 2021) May Signal A Return to Traditional Joint and Several Liability

Traditionally, when two or more parties were jointly and severally liable for a tortious act, each party was independently liable for the full extent of the injuries stemming from the tortious act no matter their proportion of liability. Thus, any defendant could be responsible for satisfying the entire judgment. However, in 2011, Senate Bill 1131, the “Fair Share Act,” was enacted in Pennsylvania to substantially limit the application of joint and several liability in civil cases. Pursuant to the Act, individual defendants are generally only responsible for their proportionate share of a judgment. The most prominent exception to the Act is that a tortfeasor found 60 percent or more liable could be responsible for satisfying the entire damage award.

On March 18, 2021, a two-judge panel of the Superior Court issued an Opinion with potentially wide-ranging legal and practical implications regarding the scope and application of the Fair Share Act. In Spencer v. Johnson, Judge Panella wrote an Opinion regarding implications of the Fair Share Act in a case involving significant injuries sustained by a pedestrian who was struck by an automobile owned by his wife’s employer. A reading of the Opinion may suggest that the Fair Share Act does not apply unless there is a finding that the plaintiff was comparatively negligent. However, this conclusion may be considered dicta since the Superior Court’s analysis of the Fair Share Act went beyond the facts before the Court. Judge McCaffery joined in the Opinion. Judge McLaughlin did not participate in the consideration or decision of this case.

In 2016, Plaintiff Keith Spencer filed a personal injury action against Defendants Cleveland Johnson (“Cleveland”), Tina Johnson (“Tina”), and Philadelphia Joint Board Workers United, SEIU (“PJB”). Plaintiff sustained injuries in a 2014 accident where he was struck by a vehicle driven by Defendant Cleveland. The vehicle was owned by PJB and was loaned to PJB’s employee and Cleveland Johnson’s wife, Tina.

The parties did not dispute two facts: (1) Plaintiff Spencer was not at fault, and (2) Defendant Cleveland was negligent in his operation of the vehicle. However, the parties did disagree as to whether Tina was negligent in allowing Cleveland to operate her work vehicle, and whether PJB was negligent under the laws of agency and vicarious liability for the vehicle it provided to Tina.
The matter went to trial where a jury found all three defendants liable for a total verdict amount just shy of $13 million. The jury allocated liability as follows: Cleveland (36%), Tina (19%), and PJB (45%). Thereafter, Plaintiff sought to mold the verdict to make PJB jointly and severally liable for the total verdict amount. Plaintiff argued that because PJB was Tina’s employer and their combined negligence was greater than 60 percent, PJB should be liable for the entire judgment as to all three defendants under a provision of the Fair Share Act. While the trial court noted the request on the record, Plaintiff’s request was denied. Plaintiff filed a post-trial motion seeking, once again, to mold the verdict against PJB. The trial court denied Plaintiff’s motion and Plaintiff appealed to the Superior Court.

b. Appeal to the Superior Court

On appeal, Plaintiff claimed that the trial court erred as a matter of law and/or abused its discretion by refusing to mold the verdict where PJB was directly and vicariously liable for a combined 64 percent of the accident, exceeding the 60 percent threshold under the Fair Share Act. In response, Defendants argued that there was no evidence to support a determination that Tina acted within the scope of her employment—vicarious liability was not established—because Plaintiff waived the argument by failing to request that the jury make a factual determination as to whether Tina was acting with the course and scope of her employment and when no such question was presented on the verdict slip.

The two-judge panel in Spencer began its analysis by noting that, while the scope of employment is a fact question for the jury, the question of whether the employee acts within that scope is a question for the court. For various reasons, the Superior Court found that when Cleveland took Tina’s vehicle, Tina was acting within the scope of her employment.
After a lengthy analysis of the prevailing precedent regarding how the Supreme Court of Pennsylvania has addressed ambiguity in terms of the verdict in relation to the verdict slip, the two-judge panel found that, although the verdict slip did not set forth specific findings as to vicarious liability, any ambiguity in the verdict is to be construed in plaintiff’s favor as the verdict winner. Thus, any failure by PJB to request a special interrogatory to allocate damages against Tina based on individual or vicarious liability constituted waiver on part of Defendants PJB and Tina. As such, the trial court’s holding was reversed and the case was remanded for further proceedings with PJB and Tina as jointly and severally liable to plaintiff.

In the Opinion, Judge Panella then went beyond the analysis necessary for disposition of the appeal and opined, “assuming arguendo that the jury’s verdict did not demonstrate PJB was vicariously liable, we would have found the court erred in failing to grant the motion to the mold the verdict as the question of whether the Fair Share Act applies to the present matter remains.” The panel explained that it would have done so because while the Fair Share Act does bar recovery where a plaintiff’s negligence is a greater cause of the claimed injuries than a defendant and the Fair Share Act does bar joint and several liability where a defendant’s negligence was less than 60 percent, the plain language of the Fair Share Act does not contemplate scenarios where there is no allegation of plaintiff’s own negligence. In the Opinion, Judge Panella also reasoned that there is no indication that the Legislature intended to make universal changes to the concept of joint and several liability outside of cases where a plaintiff has been found to be comparatively negligent. Because the facts in Spencer did not involve a comparatively negligent plaintiff, the Court, as an alternative basis, reasoned that it would have declined to apply the Fair Share Act and concluded that PJB and Tina were jointly and severally liable for the Plaintiff’s injuries.

The Superior Court’s statements regarding the Fair Share Act appear to be dicta since this segment of the Opinion is not central to the Court’s decision. Additionally, this Opinion may be considered akin to an advisory opinion since it was reached by only two-judge panel. However, it is clear that at least part of the Court has voiced an opinion on this issue and the interpretation of the Fair Share Act may be heeded by other courts in the future at least as guidance on the question presented.

Implications of this reading of the Fair Share Act would mean that courts may revert to traditional joint and several liability, allowing for a non-negligent plaintiff to recover a judgment against any defendants that are jointly and severally liable regardless of their percentage of liability assessed by the jury. A return to joint and several liability principles would once again expose the “deep-pocket” defendants to substantially greater liability in cases such as medical malpractice matters where a plaintiff is not typically found comparatively negligent.

If the Superior Court’s interpretation of the Fair Share Act in Spencer is adopted in other matters, this change in the law will undoubtedly affect how defendants respond to litigation in the future. It is uncertain at this time if the decision in Spencer v. Johnson will be appealed to the Pennsylvania Supreme Court or if an en banc hearing before the Superior Court will be held.

The Professional Liability Team at Eckert Seamans Cherin & Mellott will continue to actively monitor this issue for future developments. 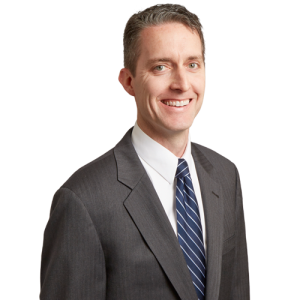 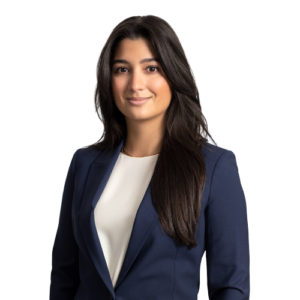 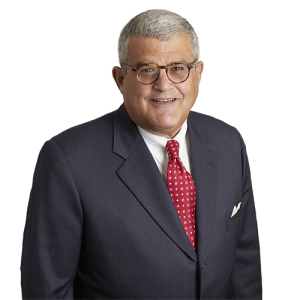