Massachusetts Supreme Court Mandates Payment of All Wages Due on the Same Day of Involuntary Termination; If Not, Treble Damages Must be Paid.

For years, companies that employ Massachusetts workers have had little guidance about payment of final wages due including accrued vacation when involuntarily separating employees.  Although the Massachusetts Wage Act, G.L. c. 149, § 148 (the “Wage Act”) clearly states that all wages due must be paid to employees who are terminated on their last day of work; in practice, some employers have paid a few days later or at the next scheduled payroll date.  The Massachusetts Supreme Judicial Court (“SJC”) has recently clarified the penalty for an employer’s failure to comply with this requirement, the mandated penalty is treble the late-paid wages (in addition to attorney’s fees and costs).

The SJC held that the remedy for a late payment is the trebling of the late-paid wages themselves, as opposed to just the accrued interest.  As a result, the City of Methuen was liable for $26,856.45, rather than the accrued vacation pay of $8,952.15.  In reaching this ruling, the SJC made clear that there would be no exceptions, despite the harsh realities this may pose for an employer, by expressly stating: “This may mean that employees who, like the plaintiff, have engaged in illegal or otherwise harmful conduct may have to be suspended rather than terminated for a short period of time until the employer can comply with § 148.”

The SJC’s ruling should act as a clear and firm guidance to all employers of the importance to pay involuntarily discharged employees all wages and accrued vacation on the last day of employment without exception.  As a result, employers may need to be creative in responding to exigent circumstances that arise in the workplace that require immediate discharge of an employee.  For example, employers may consider immediately suspending an employee pending termination to allow sufficient time to make full payment of all unpaid wages and accrued vacation.  Any minor short-term inconvenience and cost is far outweighed by the significant risk and expense of being ordered to pay treble the late-paid wages, as well as attorneys’ fees.

This Labor & Employment Alert is intended to keep readers current on developments in the law. It is not intended to be legal advice. If you have any questions, please contact Walter Foster (wfoster@eckertseamans.com) at 617.342.6853 or Carson Shea (cshea@eckertseamans.com) at 617.342.6830, or a member of Eckert Seamans’ Labor & Employment team, or any other attorney at Eckert Seamans with whom you have been working. 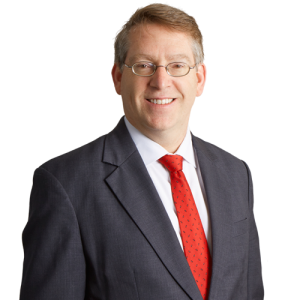