Eckert Seamans’ CEO Timothy Q. Hudak said, “We are delighted that Congressman King has decided to continue his distinguished career with Eckert Seamans. He is a stellar addition to our government affairs team, bringing added firepower to help our clients solve their legislative, administrative, and regulatory challenges. His enduring and meaningful relationships on The Hill, fresh perspective, and keen political instincts will immediately benefit our client base.” 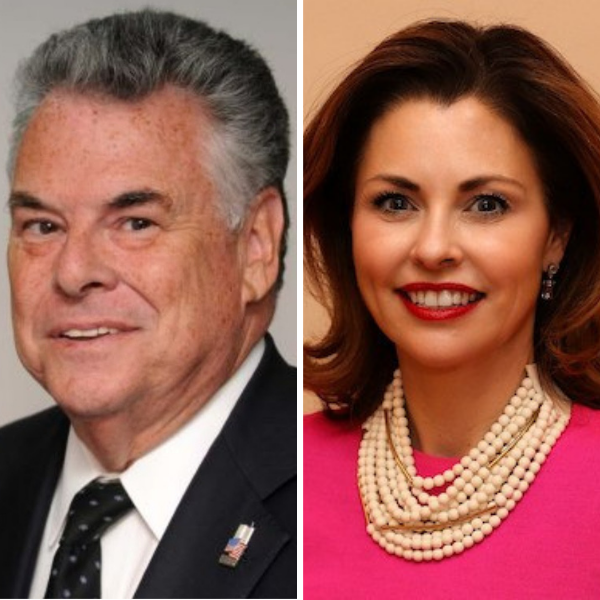 For 14 terms as a congressman representing New York’s South Shore Long Island district (that includes parts of Nassau and Suffolk counties), Rep. King achieved a record of legislative successes. He served in many key roles, including Chair of the House Homeland Security Committee, where he oversaw congressional hearings on domestic terrorism. Rep. King was the ranking member of the Subcommittee on Emergency Preparedness and served on the Financial Services Committee and House Permanent Select Committee on Intelligence. Throughout his career in public service, he cultivated bipartisan relationships with influential voices in Washington. Some of his most significant legislative successes included the continuum of 9/11 legislation, including the 9/11 Health and Compensation Act, as well as Hurricane Sandy relief funding.

“My service to New York’s second and third congressional districts was an extraordinary experience and the honor of a lifetime. I am excited to begin this next chapter in my career, which builds so well on the work I accomplished during my time in Congress,” said Rep. King. “The regulatory landscape is changing, and clients need help navigating the evolution.”

Prior to his election to Congress in 1992, Rep. King served as Nassau County Comptroller and was a member of the 165th Infantry Regiment of the New York Army National Guard. Rep. King received his undergraduate degree from St. Francis College and law degree from Notre Dame Law School.

Also re-joining the firm is Rep. King’s daughter, Erin King Sweeney, who has significant experience in regulatory matters, particularly in transportation and corporate affairs, and as a public servant, previously serving as a town councilmember and majority leader of Hempstead, NY. Through her prior service as U.S. general counsel and director of human resources for Swiss International Air Lines Ltd., King Sweeney has extensive knowledge of all aspects of federal and state rules and regulations impacting domestic and international aviation, as well as day-to-day labor and employment issues. She has broad experience with the Department of Transportation, Federal Aviation Administration, Transportation Security Administration, and U.S. Customs and Border Protection. King Sweeney is president of King Sweeney Strategies LLC, a strategic consulting business.

Reps. King and Delahunt, King Sweeney, and the other distinguished members of Eckert Seamans’ bipartisan Government Affairs team provide sound and strategic counsel to clients on their most pressing and complex legal, administrative, and regulatory issues. The team stresses careful evaluation of client issues and detailed design of strategies and tactics to achieve objectives and provide advocacy that is executed in a timely, cost-effective, and coordinated manner.