Supplemental Evaluation Including Legacy Uses and Associated Disposals of Asbestos

On December 19, 2016, the Environmental Protection Agency (“EPA”) published a list of 10 chemical substances, including asbestos, for which it was to perform chemical risk evaluations, as required by section 6(b)(2)(A) of the Toxic Substances Control Act (“TSCA”).  As it relates to asbestos, the EPA focused its risk evaluation on chrysotile – the only asbestos fiber type currently imported, processed, and/or distributed in the United States.

In June, 2017, the EPA released its “Scope of the Risk Evaluation” for asbestos, informing the public of its decision to focus on ongoing uses of asbestos – thereby excluding legacy uses and disposals.  However, in late 2019, the court in Safer Chemicals, Healthy Families v. EPA, 943 F.3d 397 (9th Cir. 2019) held that the EPA’s Risk Evaluation Rule should have included “legacy uses” (i.e., uses without ongoing or prospective manufacturing, processing, or distribution for use) and “associated disposals” (i.e., future disposal of legacy uses)[1].

The EPA previously adopted the definition of asbestos as defined by TSCA Title II as the “asbestiform varieties of six fiber types – chrysotile (serpentine), crocidolite (riebeckite), amosite (cummingtonite-grunerite), anthophyllite, tremolite or actinolite.”  However, because Part 2 of the Risk Evaluation also focuses on legacy asbestos uses and associated disposals, the EPA determined that broader considerations were warranted. The EPA, therefore, also included other commercially mined substances that are geologically co-located with asbestos.  In particular, Libby Amphibole Asbestos (“LAA”) was known to be present with a silicate, mica-like mineral called “vermiculite”, and was extracted from an open pit mine near Libby, Montana until the mine closed in 1990.  Additionally, talc, another commercially mined substance, can also be geologically co-located with asbestos, and – as seen in recent litigation[2] – is implicated as a potential source of asbestos exposure.  Accordingly, LAA (and its tremolite, winchite, and richterite constituents) and talc are considered in Part 2 of the EPA’s Risk Evaluation.

Part 2 of the Risk Evaluation analyzes the industrial, commercial, and consumer legacy uses and associated disposal of asbestos.  “Legacy asbestos uses” are those for which manufacture (including import), processing, and distribution no longer occur, but that are still known, intended, or reasonably foreseen to occur.  “Associated disposals” are, fittingly, those from legacy uses.

Part 2 goes on to assess the actual or predicted relationships of conditions of use, exposure pathways (e.g., media), exposure routes (e.g., inhalation, dermal, oral), hazards, and receptors throughout the life cycle of asbestos.  It also evaluates various types of exposures, including occupational exposures, consumer and bystander exposure, general population exposures, exposures to potential exposed or susceptible subpopulations, and environmental exposures. Finally, Part 2 discusses the absorption, distribution, metabolism, and excretion of asbestos, and the potential environmental and human health hazards associated with asbestos.

[1] The court did uphold the EPA’s exclusion of “legacy disposals” (i.e., past disposal).

[2] Eckert Seamans represents many defendants involved throughout the nation in the asbestos and talc litigations.

This Legal Update is intended to keep readers current on developments in the law. It is not intended to be legal advice. If you have any questions, please contact Nicholas Maiorano at (914) 286-2829 or nmaiorano@eckertseamans.com, or any other attorney at Eckert Seamans with whom you have been working. 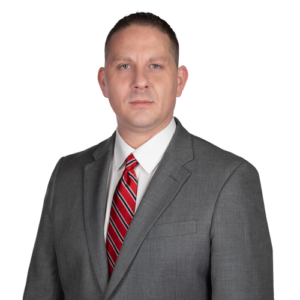