On June 2, 2021, the Appellate Division, Second Department helped ease the minds of mortgage servicers and their attorneys by ruling that Governor Cuomo’s Covid-19 Executive Orders (“EOs”), particularly EO No. 202.8 and subsequent EOs extending No. 202.8, toll rather than suspend the running of the applicable statutory limitations periods. The importance of this decision and order cannot be overstated. Had the court found otherwise, hundreds, if not thousands, of filings in the Second Department would have been time-barred as of November 4, 2020, a day after the tolling period ended pursuant to EO No. 202.72 on November 3, 2020.

The relevant facts in Brash v. Richards, 2021 NY Slip Op 3436, are straightforward. The plaintiff/appellant filed a notice of appeal on November 10, 2020 of an order entered on October 2, 2020 that was served with notice of its entry on October 2, 2020. Defendants/respondents moved to dismiss the appeal on several grounds, including that the appeal was untimely because it was taken after the November 3, 2020 expiration of Governor Cuomo’s EOs suspending filing deadlines. In opposition, Plaintiff argued that the appeal was timely because the EOs tolled rather than suspended filing deadlines.

In this case, if the EOs suspended the running of the limitation period, as the defendants argued, the appeal would be untimely since it was taken on November 10, 2020; 7-days after the November 3, 2020 suspension period ended. However, if the EOs tolled the limitation period, as the plaintiff argued, the appeal would be timely since it was taken, pursuant to CPLR 5513(a), within 30-days of the expiration of the tolling period on November 3, 2020.

Defendants argued that Governor Cuomo’s EOs suspended the limitation period for two primary reasons. First, they argued that the word “toll” was missing from the vast majority of the nine EOs extending EO No. 202.8. The Appellate Division was not persuaded, however, because EO No. 202.8 expressly and plainly provided that the subject time limits were tolled, two of the nine subsequent EOs referred to the alteration of the subject time limits as a toll, and EO No. 202.72 reiterated that the “toll” would no longer be in effect as of November 4, 2020.

Second, Defendants contended that Governor Cuomo lacked the statutory authority to toll the subject limitation period. However, the Appellate Division reasoned, after analyzing the relevant statutes, that since the Governor had the authority to “alter” or modify” the requirements of a statute under Executive Law 29-a(2)(d), he had the authority to toll statutory limitations periods. Consequently, the Appellate Division denied the defendants’ motions to dismiss, finding that the appeal was timely taken since the notice of appeal was filed within 30-days of the November 3, 2020 tolling expiration date.

Although the Second Department’s decision is a welcome relief to mortgage servicers and their attorneys, we recommend that lenders proceed with expedience and vigilance for several reasons. First, the decision is only binding on courts within the Appellate Division, Second Department. Other Appellate Divisions may not follow suit. Second, the decision addressed the deadline for filing a notice of appeal. It is possible that other filing deadlines, including court-ordered deadlines, will be treated differently. Third, it is yet to be seen how the trial courts will interpret the decision. Finally, given the gravity of this issue, we anticipate that it will eventually reach the Court of Appeals.

This Legal Update is intended to keep readers current on developments in the law and is not intended to be legal advice. If you have any questions, please contact Morgan R. McCord at 914.286.2630 or mmccord@eckertseamans.com, or any attorney at Eckert Seamans with whom you have been working. 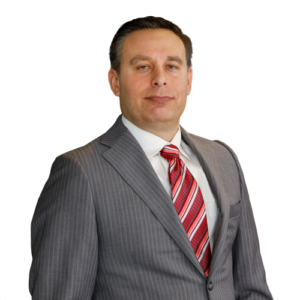