In response to the Russian invasion of Ukraine on Feb 27, the United States and allied governments have imposed sanctions against the Russian government and commercial and individual beneficiaries of Vladimir Putin’s authoritarian regime. American businesses – even those without direct financial interests in Russia or former Soviet republics – should be aware of the current sanctions regime and take proactive steps to avoid restricted activity.

The Council on Foreign Relations defines economic sanctions as the withdrawal of customary trade and financial relations for foreign policy purposes. Sanctions may be comprehensive or targeted. Comprehensive sanctions prohibit commercial activity with an entire country, such as Cuba or Iran. Targeted sanctions restrict commercial activity with businesses, organizations, or individuals tied to authoritarian regimes or disruptive non-state actors.

The United States government generally applies two types of economic restrictions in an effort to alter the behavior of foreign governments and non-state actors involved in illegal or disruptive conduct.

The first and most common type is Primary Sanctions. Primary sanctions are economic restrictions that are imposed upon individuals and commercial entities within the United States. The Department of the Treasury, via the Office of Foreign Asset Control (OFAC), identify specific targets and place the name of the entity or individual on a list of Specially Designated Nationals (SDN). The full list of SDNs is available here: https://home.treasury.gov/policy-issues/financial-sanctions/specially-designated-nationals-and-blocked-persons-list-sdn-human-readable-lists

If an individual or entity is placed on the SDN list, their assets are blocked and American businesses and citizens are prohibited from engaging in commercial activity with them. American businesses should review their client, vendor and customer lists to ensure they are not inadvertently involved in restricted activity.

Secondary Sanctions – unlike Primary Sanctions – are not imposed on American citizens and domestic business entities. Rather, Secondary Sanctions are intended to prevent foreign persons from engaging in commercial activity with countries or entities that are subject to American sanctions. Foreign nationals are outside the jurisdiction of the United State and thus cannot be directly compelled to avoid trade relationships with sanctioned entities. However, Secondary Sanctions prohibit American businesses and individuals from engaging with foreign entities on the basis of their ties to authoritarian regimes and their political and commercial beneficiaries.

As a result, foreign nationals who benefit from business interests in the United States and/or access to the American financial system should be wary of engaging in trade or commercial activity with SDNs or those potentially subject to American sanctions.

In Russia, the rapid and often corrupt privatization of formerly state-owned assets in the aftermath of the collapse of the former Soviet Union created a class of ultra-wealthy individuals, colloquially known as oligarchs. These elites are the beneficiaries of the Putin regime and control the Russian energy, metals, and financial industries. While their wealth is dependent upon the continued favor of Vladimir Putin, many of these individuals have broadly diversified their assets and holdings and, as such, are engaged in a variety of financial ventures in the United States and Europe. The National Economic Research Bureau in the United States estimates Russian oligarchs have roughly $800 billion in foreign investments, while the Atlantic Council estimates that Russian offshore wealth is closer to $1 trillion

Dozens of these individuals – and the companies and financial system they control – are now subject to American and allied sanctions.

Americans are prohibited from engaging in trade or commercial activity with these entities, and foreign businesses and individuals may be subject to sanctions if they choose to do so. As a result, American companies and foreign entities that rely on American markets should stay informed as to the status of the Russian sanctions regime and take proactive steps to avoid restricted activity.

Eckert Seamans advises clients across all industries in the status, application, and enforcement of American sanctions.

Click here to view a downloadable PDFof the legal update

This Legal Update is intended to keep readers current on developments in the law, and is not intended to be legal advice. If you have any questions, please contact Michael J. O’Brien at 215-851-8532 or mobrien@eckertseamans.com, or any other attorney at Eckert Seamans with whom you have been working. 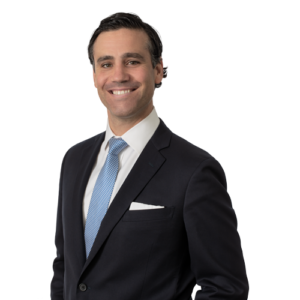