Corporations that sell their products and services throughout the U.S. were always under the threat of patent infringement lawsuits in inconvenient and hostile U.S. Federal District Courts.  On May 22, 2017, the U.S. Supreme Court handed corporate defendants a huge victory and severely limited where patent infringement lawsuits can be filed.  TC Heartland LLC v. Kraft Food Group Brands, LLC, Docket No. 16-341.

Prior to the Heartland case, a corporation could get sued virtually anywhere in the U.S. where its product was sold.  For example, a Pennsylvania corporation which sold its products in Texas could get sued for patent infringement in Texas, even though the Pennsylvania corporation maintained no office or retail store in Texas.  Inevitably, some U.S. District Courts became “plaintiff havens” where patent owners brought lawsuits against out-of-state corporations and received large verdicts.  These large verdicts attracted other patent owners to file their lawsuits in those courts.  Thus, many corporations were sued multiple times in these courts.

The Heartland ruling essentially stops this “forum shopping” in its tracks.  Now, a corporation can only be sued (1) in the state in which its incorporated or (2) where it sells its products and maintains a regular and established place of business, such as an office or store.  No more will merely selling a product in a far off state subject the corporation to a lawsuit there.

There are two major implications of this case:  (1) “plaintiff’s havens”, such as the U.S. District Court in the Eastern District of Texas, will see a marked decline in patent lawsuit filings; and (2) states where many corporations are incorporated, such as Delaware, will likely see major increases in patent filings.  Corporations concerned about patent infringement claims should consider establishing relationships with patent law firms in the state in which they are incorporated.

This Intellectual Property Alert is intended to keep readers current on matters affecting IP and IP Litigation matters, and is not intended to be legal advice. If you have any questions, please contact David V. Radack at 412.566.6777, or any other attorney with whom you have been working. 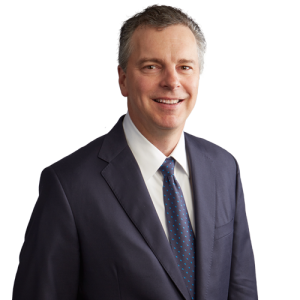