Over the past decade, state lawmakers and anti-trust enforcers have increased their scrutiny of non-compete agreements, with 47 states considering legislation to ban them in one form or another.  States such as Illinois, Maryland, Massachusetts, New Hampshire, Oregon, Rhode Island, Virginia, and Washington in recent years have enacted such laws according to an employee’s income.  California, Montana, North Dakota, and Oklahoma went a step further and banned all employee non-competes.  Washington D.C. now joins this minority of states, having enacted its own ban of all non-compete agreements with very narrow exceptions.

Back on October 8, 2019, eight D.C. Councilmembers initially introduced a bill (B23-494) to ban the use of non-compete provisions in employment agreements and workplace policies.  The original bill sought to ban non-competes for low-wage workers (defined as workers earning a regular rate of pay that is less than or equal to three times the D.C. minimum wage).  No action was taken on the bill until November 19, 2020, when it was addressed at a Committee on Labor & Workforce Development hearing.  The Committee approved a substitute bill that banned all non-competes, regardless of income level.  The D.C. Council unanimously passed the substitute bill on December 25, 2020, and Mayor Muriel Bowser signed the bill on January 11, 2021.  After being transmitted to Congress in February 2021, the law became effective on March 16, 2021.

SCOPE OF THE NEW LAW

Washington D.C.’s new law prohibits an employer from requiring or requesting an employee to sign an agreement that includes a non-compete provision.  The law defines “non-compete provision” to mean a provision of a written agreement between an employer and employee that prohibits that employee from simultaneously or subsequently working for another person, performing work or providing services for pay for another person, or operating the employee’s own business.  The law also provides that any workplace policies containing non-compete restrictions are void and unenforceable as a matter of law.

Further, employers must provide their employees notice of Washington D.C.’s new ban on non-competes no later than:

Notably, B23-494 does not have retroactive effect on existing employment agreements or workplace policies with non-compete provisions.  Thus, existing non-compete provisions entered into before the law’s applicability date should not be rendered void notwithstanding the fact that they now appear to be contrary to current public policy.

The law exempts from the definition of “employee” volunteers, lay members elected or appointed to office within religious organizations, certain casual babysitters, and medical specialists.

A “medical specialist” is defined as a physician who works in D.C. on behalf of an employer primarily engaged in medical service, holds a license to practice medicine, completed residency, and earns at least $250,000.00 per year.

An employer seeking to have a medical specialist execute a non-compete provision as a condition of employment must:

Similar to the general ban on non-competes, D.C. prohibits the medical services employer from retaliating against a medical specialist for asking, informing, or complaining about the conduct required or prohibited under this exception.

The law provides that the definition of “non-compete provision” does not include otherwise lawful provisions restricting employees from disclosing confidential, proprietary and/or sensitive information or client lists, customer lists, or trade secrets.  B23-0494 also exempts otherwise provisions executed in connection with an agreement to sell a business, whereby the seller agrees not to compete with the buyer’s business.  This exemption is in line with other states, like California, that ban non-competes.

A unique feature of B23-494 when compared to other states that have banned non-competes is the inclusion of an administrative enforcement mechanism.  Specifically, the Mayor may impose an administrative penalty between $350 and $1,000 per violation.

The inclusion of the administrative penalty provision appears to make this law likely one of the strictest in the country. The administrative and private enforcement provisions will likely be a stronger incentive for employers’ compliance than the general ban on non-competes, which only has the effect of voiding any such provision.  For example, California’s non-compete legislation does not have an administrative penalty.  Businesses have continued to have their workers sign non-competes, even if those businesses do not intend to enforce them.  Many California workers who are unaware of the unenforceability of non-competes will not be able to take advantage of the ban.  Here, a D.C. employer’s mere non-enforcement of offending agreements or policies will not suffice to avoid liability.

In addition to the administrative enforcement provision the bill contains a private right of enforcement for employees. An aggrieved employee may bring an administrative or civil action against an offending employer for defined statutory penalties ranging between $500 and $3,000 per violation.

LANGUAGE NOT INCLUDED IN THE LAW

As written, B23-0494 does not prohibit choice of law or forum selection clauses in employment contracts.  This may prompt some employers to draft employment agreements stating that D.C. law will not apply and/or that disputes will be decided in a foreign jurisdiction in order to avoid the effects of D.C.’s ban on non-competes.

In California, the legislature enacted Labor Code § 925 in response to employers including choice of law and forum selection clauses favoring non-California courts and law.  Section 925 provides that an employer cannot require, as a condition of employment, that an employee who primarily resides and works in California agree to a provision requiring the employee to either adjudicate a California-based claim in another state or deprive the employee of the substantive protection of California law (unless that employee was represented by legal counsel in negotiating the terms of an agreement).  Any contract that violates § 925 is voidable by the employee.

It is still too early to tell if employers in the District will try to implement choice of law or forum selection clauses to get around the ban on non-competes, and if the Council will respond to such measures with additional legislation.  Nevertheless, D.C. courts may still reject these clauses in employment contracts if they find that that choice of law and/or forum selection clauses are not enforceable as contrary to public policy.

D.C. businesses that use non-compete provisions should begin the process of reviewing their employment contracts in light of the ban and other requirements imposed by the new law.  Eckert Seamans attorneys have a wealth of experience in drafting and providing legal advice on employment contracts and non-compete provisions, and our team is prepared to provide assistance in response to the passage of B23-0494. 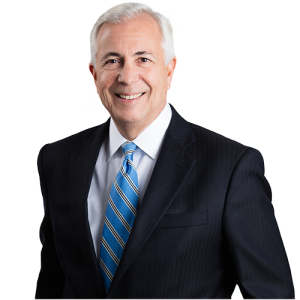 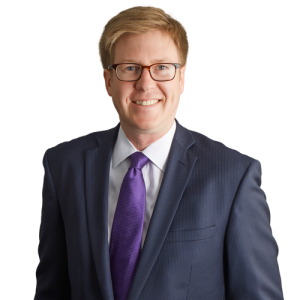