PJM Interconnection, L.L.C. (“PJM”) is currently working with its stakeholders to address state subsidies for electricity generation resources.  One potential solution would be to incorporate the “price” of carbon emissions into PJM’s energy and capacity markets.  Such a carbon program would not be easy to develop or to operate.  It could, however, be a long-term approach worth discussing with PJM stakeholders; incorporating the costs associated with carbon emissions into PJM’s markets could internalize some of the current externalities associated with the emission of carbon dioxide and other greenhouse gases by generation resources.

On June 29, 2018, FERC rejected two PJM proposals to address state subsidies of generation resources that impact PJM’s capacity markets.  FERC has ordered PJM and interested stakeholders to propose a new solution to the state subsidization by October 2, 2018.  FERC understood the difficulty of resolving this intractable problem and provided no direct mandate.  FERC did suggest that PJM consider expanding the Minimum Offer Pricing Rules to new and existing generation resources, and allowing subsidized resources to be removed from the capacity markets (along with a commensurate amount of load), similar to PJM’s existing Fixed Resource Requirements opt-out process.

Carbon market programs are already being considered elsewhere.  In fact, the New York ISO has already begun studying how a price for carbon emissions could be incorporated into its energy markets. On July 9, 2018, the New York ISO discussed with its stakeholders how a carbon charge program could be incorporated into its energy markets.  New York ISO has suggested that it might be able to implement such a program as early as the 2nd Quarter of 2021.

An additional hurdle to developing carbon pricing is the strong political pressures that coal producers and coal power plants are exerting to provide economic subsidies for carbon intensive resources.  On August 21, 2018, the U.S. Environmental Protection Agency proposed the Affordable Clean Energy rule, which would establish emission guidelines for states to develop plans to address greenhouse gas emissions from existing coal-fired power plants.  The White House has also suggested that coal generation facilities should be subsidized.  Any such “out of market” economic measures would undermine the logic and the effectiveness of carbon pricing, and also might be inconsistent with FERC’s mandate under the Federal Power Act.  If so, then our courts will likely be asked to resolve the matter.

Carbon pricing involves many complex economic and political issues, which cannot be resolved in a matter of weeks (or even months).  Nonetheless, PJM stakeholders should consider  carbon pricing issues as they develop optimal designs for future PJM markets.

This Eckert Seamans Energy Blog is intended to keep readers current on matters affecting businesses and is not intended to be legal advice. If you have any questions, please contact Charles Zdebski at (202) 659-6605 – czdebski@eckertseanans.com. 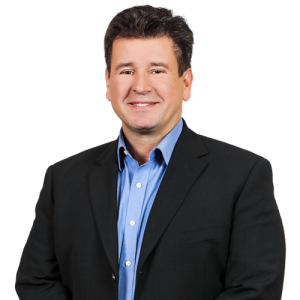