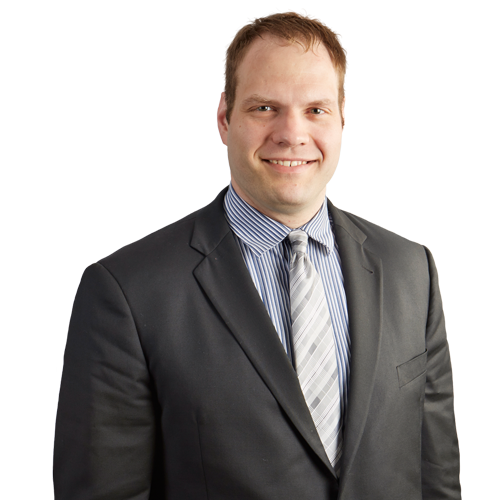 Nick Gaunce is a member of Eckert Seamans’ litigation and financial services groups.  Nick is an experienced litigator whose practice revolves around serving two distinct types of institutional clients: banks and financial institutions and insurance carriers and self-insured entities.

In his role as counsel for banks and financial institutions, Nick handles all aspects of the litigation process for troubled loans, including foreclosures, bankruptcies, workouts, and collection actions. In this area, he handles the matter from inception to conclusion, whether that includes negotiating the restructuring of a particular loan, obtaining possession of a lender’s collateral, such as real estate, filing a claim or special proceeding in bankruptcy court, pursuing a collection action, or enforcing an existing judgment of record. Nick currently acts as lead litigation counsel for a regional bank in multiple jurisdictions. Because of this experience, he can quickly and effectively pursue debtors on troubled loans and bring matters to a satisfactory conclusion, either by obtaining the appropriate settlement or procuring the proper judgment to protect his client’s interests. In addition, Nick has extensive experience assisting banks and financial institutions with loan sales for assets that may become troubled in the near future.

Nick is an avid football fan, having played offensive guard and tackle at the University of New Hampshire under former Philadelphia Eagles head coach, Chip Kelly. He’s also actively involved in his community, serving as the Secretary of the Robert Wood Johnson University Hospital Young Professionals Group and raising funds for a new cancer center for the Robert Wood Johnson University Hospital, located in Hamilton, New Jersey.  Nick also enjoys grilling on his back deck and taking his two dogs for a walk.

U.S. District Court for the Western District of Wisconsin

U.S. District Court for the Northern District of Illinois

U.S. Court of Appeals for the Seventh Circuit