The State of New York Court of Appeals rendered a decision in the Francis Nemeth v. Brenntag North America, et al. matter, in favor of Appellant, Whittaker, Clark & Daniels (“WCD”), which resulted in the overturning of Plaintiff’s verdict against WCD and dismissing the underlying Complaint against it on specific causation grounds.

The Appellate Division, First Department initially upheld the trial verdict against WCD in its published decision

The Court of Appeals Opinion holds that Plaintiff’s proof of causation was insufficient as a matter of law as it failed to meet the test for proving specific causation in toxic tort cases and, in doing so, reaffirmed the requirements in such cases, particularly relying on Parker v. Mobil Oil Corp., 7 NY3d 434 (2006) and Matter of New York City Asbestos Litig. [Juni], 32 NY3d 1116 (2018) affg 148 AD3d233 [1st Dept 2017].

In its decision, the Court first referenced its prior holding in Parker, which stated that a plaintiff must prove causation in the context of a toxic tort action by establishing: i) plaintiff was exposed to a particular toxin; ii) the toxin is capable of causing the particular illness (general causation); and iii) the plaintiff was exposed to sufficient levels of the toxin to cause the illness (specific causation).  The Court of Appeals in Nemeth recognized, as it did in Parker, that there are times it is difficult or impossible to quantify an exact numerical value for a plaintiff’s exposure, so it is not always necessary for a plaintiff to quantify exposure levels precisely or use the dose-response relationship, provided that whatever methods an expert uses to establish causation are generally accepted in the scientific community.  However, the Court reiterated that, although precise quantification of exposure is not always required, the Parker decision did not dispense with the plaintiff’s burden to establish sufficient exposure to the toxin at issue.  The Court emphasized that, in toxic tort cases, expert testimony that exposure to a toxin is “excessive” or “far more” than others was rejected as insufficient to prove causation, and that expert testimony is to be excluded when there is too great an analytical gap between the data and the opinion proffered.

Reliance on Juni and Distinguishing Lustenring:

The Court of Appeals also referenced its prior holding in Juni as an example of a case applying Parker’s causation principles in the context of asbestos litigation matters, specifically referencing its holding that “the fact that asbestos . . . has been linked to mesothelioma, is not enough for a determination of liability against a particular defendant; a causation expert must still establish that the plaintiff was exposed to sufficient levels of toxin from the defendant’s products to have caused the disease.”

Significantly, the Court of Appeals noted in a footnote that any reliance on the Appellate Division’s holding in Lustenring v. AC&S Inc. (13 AD3d 69 [1st Dept 2004]) to support a theory that “working in dust laden with asbestos generated from products containing asbestos,” along with “expert testimony that dust raised from manipulating asbestos products ‘necessarily’ contains enough asbestos to cause mesothelioma,” is incorrect (Juni, 148 AD3d at 252 [Feinman, J., dissenting]; see 183 AD3d at 225-226, 229-230).  The Court specifically noted that such an approach is incompatible with Parker and its progeny.  As such, the Court of Appeals made clear that plaintiffs cannot rely upon Lustenring to attempt to challenge the Court’s ruling in Juni regarding causation.

Specifically in regard to the underlying facts of Nemeth, the Court held that Plaintiff failed to establish, using expert testimony based on generally accepted methodologies, sufficient exposure to a toxin to cause the claimed illness.  The Court took issue with both Dr. Jacqueline Moline’s opinion regarding exposure sufficient to cause peritoneal mesothelioma and Sean Fitzgerald’s glove box test – both Plaintiff experts.  The lone dissent found that Plaintiff met the standard set forth in Parker, and that the majority’s reversal was improperly based on the weight of the evidence instead of the sufficiency of evidence.

This Mass Tort Litigation Update is intended to keep readers current on developments in the law. It is not intended to be legal advice. If you have any questions, please contact Michelle Grady at (973) 855-4706 or mgrady@eckertseamans.com, or any other attorney at Eckert Seamans with whom you have been working. 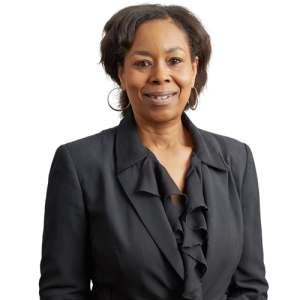