In ACE Securities Corp. v. DB Structured Products, Inc., 2022 N.Y. Slip Op. 03927, 2022 WL 2162621 (Ct. App.) (“ACE”), the New York Court of Appeals issued a decision affirming the dismissal of an action as time-barred and holding that CPLR 205(a) did not apply to an action by the trustee of a securitized mortgage trust, where a previous timely action was commenced by the certificateholders on behalf of the same trust. Many are concerned that this case may restrict the use of CPLR 205(a) where a foreclosure plaintiff attempts to recommence an action after a non-merits dismissal of a prior case, where the loan has either been assigned to a new entity or a successor trustee has been appointed since commencement of the first action. The following is a brief history of the saving statute codified in CPLR 205(a), a summary of the ACE decision, and an argument why the ACE decision should not restrict the use of CPLR 205(a) in the aforementioned circumstances.

The Court of Appeals previously reaffirmed that the statute’s “‘broad and liberal purpose is not to be frittered away by any narrow construction’.“ Malay, 25 N.Y.3d at 327 (quoting Gaines, 215 N.Y. at 539).

Summary of the Facts in ACE:

Defendant DB Structured Products, Inc. (“DB”) purchased approximately $500 Million Dollars-worth of mortgage loans and sold them to an affiliate, ACE Securities Corp., pursuant to a Mortgage Loan Purchase Agreement.  ACE Securities then deposited the loans into a trust, and the loans served as collateral for certificates issued by the trust—which in turn pay principal and interest to certificateholders based on the funds generated by the underlying mortgages. Pursuant to a pooling and servicing agreement (PSA), ACE Securities transferred to HSBC as trustee all of its rights in the trust and arising under the MLPA.

In January 2012, two certificateholders—independent investment funds holding 25% of the trust’s voting certificates—notified HSBC of breaches allegedly uncovered through a forensic review of the pooled loans, which would allow the trust to seek recourse against DB. The certificateholders demanded that HSBC pursue repurchase of the entire pool by DB and urged HSBC to seek a tolling agreement in light of the impending expiration of the statute of limitations. HSBC did neither. Consequently, the two certificateholders—on behalf of the trust—attempted to commence an action against DB through the filing of a summons and notice in March 2012, exactly six years from the closing date, alleging breach of the representations and warranties and naming HSBC as a nominal defendant. Six months later, following DB’s demand for a complaint, HSBC filed a complaint on behalf of the trust, purporting to substitute as plaintiff for the certificateholders.

The Court of Appeals Holding:

The majority decision of the Court of Appeals held:

We have long recognized that “the benefit provided by [CPLR 205(a)] is explicitly, and exclusively, bestowed on ‘the plaintiff’ who prosecuted the initial action” except in the limited scenario where “the plaintiff” dies, the cause of action survives, and an administrator or executor of the deceased plaintiff’s estate seeks to commence a new action based on the same occurrence (Reliance, 9 N.Y.3d at 57, 845 N.Y.S.2d 212, 876 N.E.2d 898 [emphasis added]). That is, the savings statute “applies only where the second action is brought by the same plaintiff” or an estate representative

Construing the term “the plaintiff” in CPLR 205(a) to authorize commencement of a new action by any entity seeking to pursue the “same rights” as the prior plaintiff—as HSBC urges us to do—would render the statutory language permitting commencement of new actions by administrators and executors superfluous. An estate representative raising a claim on behalf of a deceased plaintiff is generally, as a matter of course, seeking to vindicate the rights of the original and now-deceased plaintiff. Had the legislature intended the statutory reference to “the plaintiff” to impliedly and broadly allow any entity seeking to vindicate the “same rights” as the original plaintiff or any entity claiming to represent the same “real party in interest” to benefit from CPLR 205(a), there would be no need for the statute to specifically bestow such benefit on executors and administrators. Yet, for over a century (see Code of Civil Procedure § 405 [1895]), an entity different than the original plaintiff has been permitted to rely on the savings statute to commence a subsequent action only in the circumscribed context of a deceased plaintiff’s estate.

Where, as here, the legislature has created one statutory exception—executors and administrators—to the general rule that the second action must be commenced by the original plaintiff, we must infer that the legislature did not intend CPLR 205(a) to broadly apply to any party that seeks to vindicate the same rights. When the legislature intends to extend benefits to other entities that may have interests similar or identical to those of a plaintiff or defendant it has typically said so (see e.g. CPLR 203[b], [c] [“united in interest”]; 205[b] [“successor in interest”]; 1021 [“successors or representatives”]; 3020[d] [“parties united in interest”]; 3117[c] [“representatives or successors in interest”]). The absence of any language in CPLR 205(a) extending its reach beyond the original plaintiff or an estate representative, coupled with the precise recognition of a single exception, must be considered “meaningful and intentional as … the failure of the legislature to include a term in a statute is a significant indication that its exclusion was intended” (Commonwealth of the N. Mariana Is. v. Canadian Imperial Bank of Commerce, 21 N.Y.3d 55, 60, 967 N.Y.S.2d 876, 990 N.E.2d 114 [2013]).

The majority went on to state:

In closing, the majority held that “[w]here, as here, the litigant commencing the second action is not the original plaintiff, application of CPLR 205(a) would protect the rights of a dilatory—not a diligent—suitor. By failing to bring the action within the statute of limitations, HSBC signaled that it had no intention to pursue its claims in court. CPLR 205(a) does not apply and HSBC’s failure to commence an action within the statute of limitations is fatal.”

The majority’s strong language limiting the application of CPLR 205(a) to a new action commenced by the “original plaintiff” or the administrator or executor of the deceased plaintiff’s estate has caused concern among many practitioners that the decision in ACE could restrict the use of CPLR 205(a) in the context of a mortgage foreclosure action.

In a mortgage foreclosure action, where the note and mortgage are assigned to a new entity, or a successor trustee is appointed for a securitized mortgage trust plaintiff after commencement of foreclosure, does the Court of Appeals’ decision in ACE preclude the recommencement of the action pursuant to CPLR 205(a) following a non-merits dismissal? The answer should be no. ACE should not restrict the use of CPLR 205(a) in these scenarios, and there is enough in the majority decision in ACE to support the argument.

The primary distinction is that in ACE, HSBC as trustee could have enforced the rights of the trust by timely commencing an action against DB in the first instance. In the foreclosure examples above, the different entity commencing the second action pursuant to CPLR 205(a) would not have had the right, or authority, to commence the first action, and the “original plaintiff” would not have the right, or authority, to commence the second action. This is a significant distinction, and one that should create a different result than that reached in ACE.

The situation is different where an assignee or successor trustee in a foreclosure action commences the second action utilizing CPLR 205(a). The named plaintiff may be different in the second action, but the named plaintiff in the first action no longer has the legal right or authority to recommence the new action. It would make no logical sense for the assignee or successor trustee to be denied the opportunity to assert the same cause of action simply because the mortgage was sold or transferred, or a successor trustee was appointed since the commencement of the first action. To do so would be contrary to the underlying purpose of CPLR 205(a), as set forth above.

The dissent in ACE raises some other examples illustrating the potential dangers of the majority’s holding, including where a plaintiff commenced a timely action, later became incapacitated, and a guardian ad litem has been appointed for the plaintiff, or where a guardian ad litem commenced an action on behalf of a minor, and the minor subsequently reached the age of majority. The majority holding in ACE should not preclude the guardian ad litem from recommencing an action within six months of a non-merits dismissal in the first scenario, or preclude the former minor from recommencing an action in their own name in the second scenario. In these examples, similar to the foreclosure examples, the “original plaintiff” no longer has the right or authority to recommence the action, but the cause of action and the underlying right to be enforced has not abated. These are not situations in which the wrong party was named as the plaintiff in the first instance, which makes these situations factually distinguishable from the decision in ACE. Whether courts deciding these issues will agree remains to be seen, but there is ample support for the argument in the majority decision in ACE.

Click here to view a downloadable PDF of the Legal Update.

This Legal Update is intended to keep readers current on developments in the law, and is not intended to be legal advice. If you have any questions, please contact author Kenneth J. Flickinger at 914-286-2817 or kflickinger@eckertseamans.com, or any other attorney at Eckert Seamans with whom you have been working. 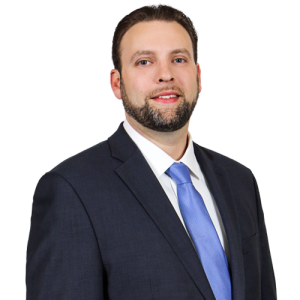