The day before Thanksgiving,  a  Texas federal judge temporarily blocked the December 1, 2016, implementation of the Department of Labor’s (DOL’s) new overtime rule.  The new rule more than doubled the salary threshold requirement for exemption status as well as automatically adjusted the threshold every three years beginning in 2020.

The following Q&A attempts to answer some of the more common questions employers may have in the aftermath of the Court’s ruling.

What is the FLSA Overtime Rule?

Congress enacted the Fair labor Standards Act (FLSA) in 1938. Employees engaged in commerce must receive not less than the federal minimum wage ($7.25 per hour) and pay at time and one-half for all hours worked over 40 in a workweek.  The FLSA exempts employees engaged in bona fide executive, administrative or professional activities from both minimum wage and overtime requirements.  Congress delegated to the DOL the power to define the exemption terms through regulations. In 2004, the DOL issued the current exempt requirements to include:  (i) payment on a salary basis, (ii) payment of a minimum salary level (currently $455 per week ($23,660 per year)), and performance of executive, administrative or professional duties.

On May 23, 2016, DOL issued a new overtime rule, to become effective December 1, 2016, that more than doubled the minimum salary level requirement from $455 per week to $913 per week ($47,476 annually), along with an automatic adjustment to occur every three years.

What Did the Court Decide?

In order to issue a preliminary injunction, a court has to find that the party requesting the injunction has a substantial likelihood of success on the merits. Here, the Court found that Congress defined the overtime exemptions with regard to the duties the employee performs, not with regard to a minimum salary level.  The more than doubling of the salary level in the new rule effectively supplants the duties test, and thus the rule exceeded DOL’s authority, the Court found.  Thus, it halted the new rule’s imminent implementation.

Do I Have to Implement The New Rule?

No, because the court halted implementation nation-wide, employers may follow the existing rule until further action by either the Court, the DOL or Congress.  The new rule’s future remains uncertain with the inauguration of a new administration in 2017, and subsequent appointment of a new DOL secretary.

What Do I Do If I’ve Already Increased Employee Salaries?

If you have already raised employee salaries, it may be difficult to “reverse course” on the amount of pay both as a matter of employee morale as well as possibly legally. Employers need to also consider state law requirements.  If the increase was accompanied by new non-competes for example, employers need to check with state law requirements to determine the impact, if any, on employee contract agreements. The FLSA itself, however, does not prohibit a change in employee pay.  It also allows a change in the payroll timing but only if the timing is not intended to avoid paying overtime.

What Do I Do If I’ve Already Reclassified Employees From Exempt to Non-exempt?

If the newly classified non-exempt employee continues to perform exempt duties, and also meets the current minimum salary, there is no legal reason why the employer could not revert to the prior exempt classification as long as all other exempt tests are met. Many employees deemed the reclassification as a “demotion” and for those employees, employee morale may be improved by reverting back to exempt status.

It is also not improper to leave employees who qualify as exempt under the current rules as non-exempt if they were converted in anticipation of the new rule.  However, remember that all working hours must be counted toward overtime. If the employee checks emails from home, makes after-hours phone calls, then all of that time must be accounted for toward overtime pay.  If employers continue to implement the conversion to non-exempt, they should make sure that payroll understands proper regular rate calculations and includes all required compensation and all required hours in making the overtime pay determination. Employees who were converted to non-exempt, must be properly paid under the non-exempt scheme, and employers must be sure to have properly implemented all time keeping and payroll calculation measures. A promise to pay overtime and failure to properly do so creates the same liability issues as misclassification.

The Labor & Employment Alert is intended to keep readers current on matters affecting labor & employment, and is not intended to be legal advice. If you have any questions, please contact Karen S. Elliott at 804.788.7762, or any other attorney with whom you have been working. 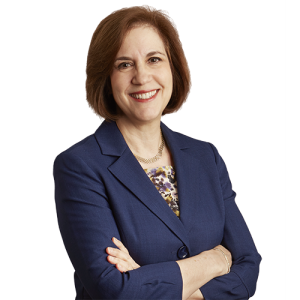 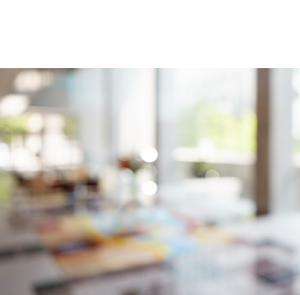