On September 24, 2018, a California state court declared a mistrial in Weirick v. Johnson & Johnson after the jury advised it was “hopelessly” deadlocked. Presided over by The Honorable Margaret Oldendorf of the Superior Court of Los Angeles County, the trial involved claims that Johnson & Johnson sold talc-powder products that contained asbestos, and that the plaintiff’s use of those products caused her to develop mesothelioma. The trial lasted nearly five weeks, and focused heavily on the science underpinning the testing performed by each side’s experts, as well as whether “trace” amounts of potential contamination could cause a user to develop mesothelioma.

Eight of the twelve jurors reportedly favored awarding the plaintiff damages—one short of the nine votes California requires. Speaking to reporters after being dismissed, some of the jurors who voted for the plaintiff appeared to have accepted plaintiff’s counsel’s arguments that J&J should be penalized for not doing more to address a potential risk, even if the science did not conclusively establish the existence of a risk:

George Chen, a 30-year old computer analyst and one of the eight who favored a plaintiff verdict, said he was “a little frustrated” and “really wanted to push this through.” He said the four members who voted for the defense seemed to have” the mindset of … business people” concerning what a responsible company should do.

Even if there were mere traces of asbestos, J&J should have provided warnings, Chen said, because “people have a right to know.” Moreover, he noted, J&J for decades has offered a baby powder made with corn starch, and could have retired the talc version to eliminate any risk.

That some jurors may have given the science little weight is further supported by another juror’s comment that a few of his or her peers did not believe the expert testimony being presented by one side or the other.

Meanwhile, comments from a juror who sided with the defense suggested the defense’s explanation of the science resonated with her, leading her to conclude the plaintiff failed to prove her case:

Amy Avila, 42, one of the jurors who sided with the defense, described the split as between ”the thinkers against the feelers,” and said she wasn’t persuaded that Weirick’s cancer stemmed from exposure to contaminated powder.

The Weirick matter will be rescheduled for trial, potentially joining two other talc trials presently underway (one in California, the other in New Jersey). As of July 1, 2018, Johnson & Johnson reportedly is facing 10,600 lawsuits brought by people who allege they developed cancer as a result of using Johnson & Johnson’s talc-powder products.

This Mass Tort Alert is intended to keep readers current on matters affecting talc litigation issues, and is not intended to be legal advice. Eckert Seamans’ attorneys regularly provide in-person and online training and education to clients in multiple industries. If you have any questions about this alert or might be interested in discussing this subject matter further, please contact Kevin Young at (617) 372-6835 (kyoung@eckertseamans.com), David Katzenstein at (973) 855-4715 (dkatzenstein@eckertseamans.com), Eli Granek at (215) 851-8421 (egranek@eckertseamans.com), or any other attorney with whom you have been working. 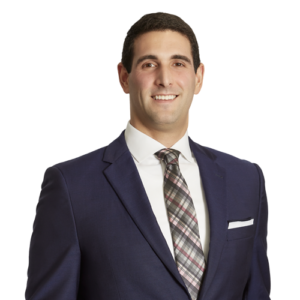