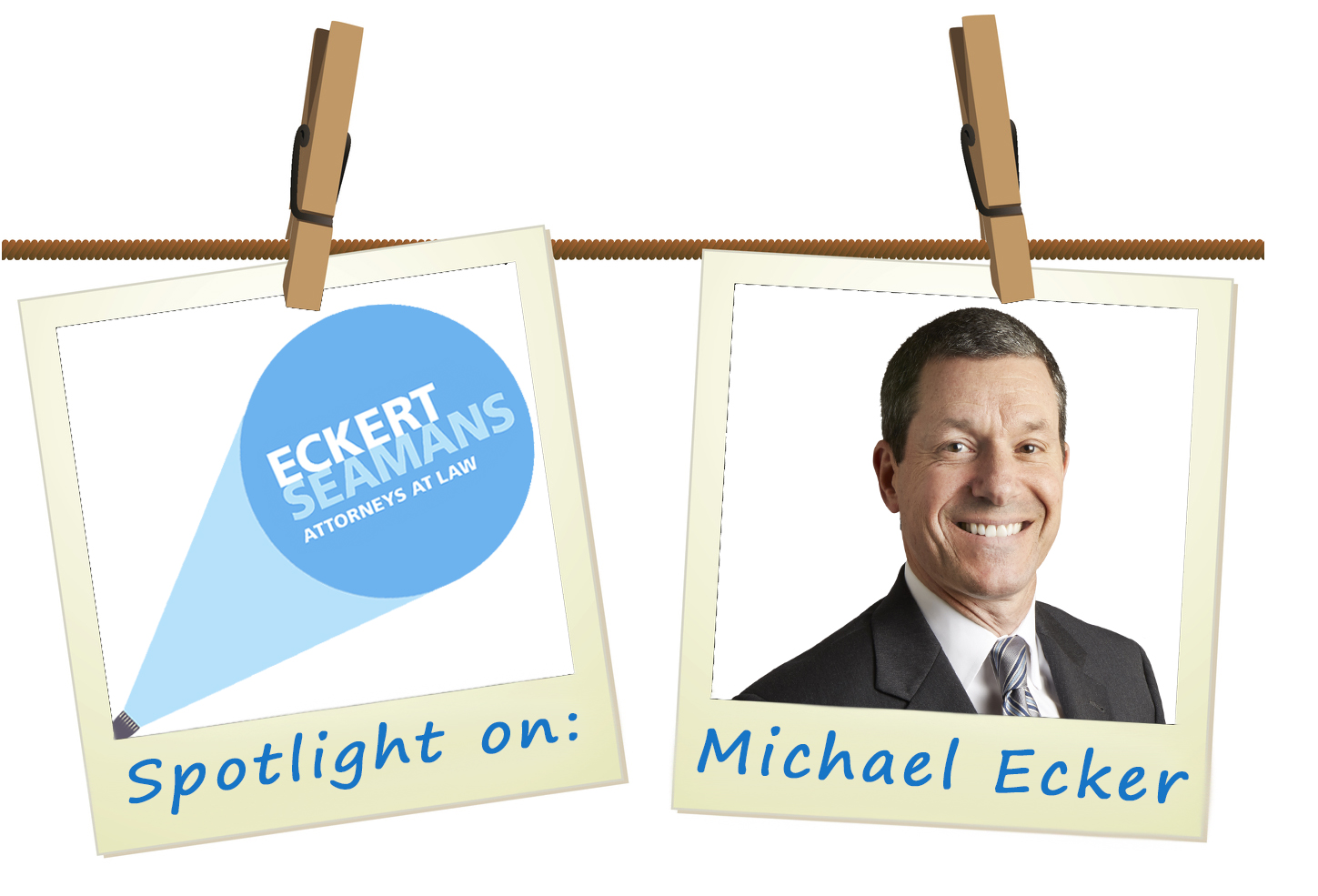 Michael Ecker joined the firm’s Philadelphia office in 2008. Originally from Pittsburgh, Michael grew up in Squirrel Hill. Today, he lives in a suburb of Philadelphia in Eastern Montgomery County with his wife of 33 years. He and his wife have three children, ages 22, 25, and 27.

Michael Ecker has an MBA and more than 30 years of experience as a business lawyer. He focuses his practice on corporate matters such as emerging growth and technology, financial institutions, and health law. He also provides counseling to closely held and family-owned businesses, and has particular experience with assisting in the buying and selling of businesses, including complicated transactions involving multi-level financing, mergers, equity arrangements and earn-out provisions. He also does lending work, including traditional asset-based loans as well as those with fine artwork as collateral. Michael also serves as general counsel for a number of clients, fulfilling what is virtually an in-house counsel role.

My grandfather, father and uncle were all well-known trial lawyers in Pittsburgh. Growing up my father would tell me I could be a lawyer or (pause) dig ditches or flip burgers. Wanting to do something different from them, I pursued an economics degree at Northwestern University, then a JD/MBA at Emory University. Although I secured jobs as a corporate associate in Atlanta and Chicago, and Dad lined up jobs for me in Pittsburgh, I obtained a position as a corporate associate with a mid-sized law firm in Philadelphia, a city where my only contact was my college roommate’s parents, as opposed to starting my career as a third generation attorney of a prominent family of attorneys, having attended an exclusive Pittsburgh prep school and grown up playing golf at a local club. In other words, starting my career without the built-in network I had in Pittsburgh. Corporate lawyer in Philly, the black sheep of the family.

Helping people with my advice.

Who song instantly puts you in a good mood?

What’s a book that you think everyone should read?

Anything by Ron Chernow or David McCullough.

What’s a movie that you can watch over and over again?

What’s your most memorable trip/vacation?

What’s the best piece of advice that you have ever received?

More than one come to mind: “Be thorough, thoughtful, and persistent.” “Don’t ask, don’t get.” “You can disagree without being disagreeable.” “Personal connections with friends, colleagues, and opposing counsel are critical, because while we all have a job to do, we are all people too.”

People who overcome adversity and are persistently resourceful. Historic figures, Alexander Hamilton, John D. Rockefeller, Cornelius Vanderbilt, guys who started with nothing, no network, and were fabulously successful. James Harrison is one of my favorite football players. Star at Kent State went undrafted. Tried out for the Steelers, and was cut three times, and once by the Ravens. During his career with Pittsburgh he won defensive player of the year, and has the longest interception in a Super Bowl (100 yards with seconds to go in the first half). One of my favorite quotations is “Never, never, never give up.” – Winston Churchill.

What is something people would be surprised to learn about you?

I was born in South Carolina, and was such a bad speller in elementary school, they would put me on the stronger team to even out the talent.