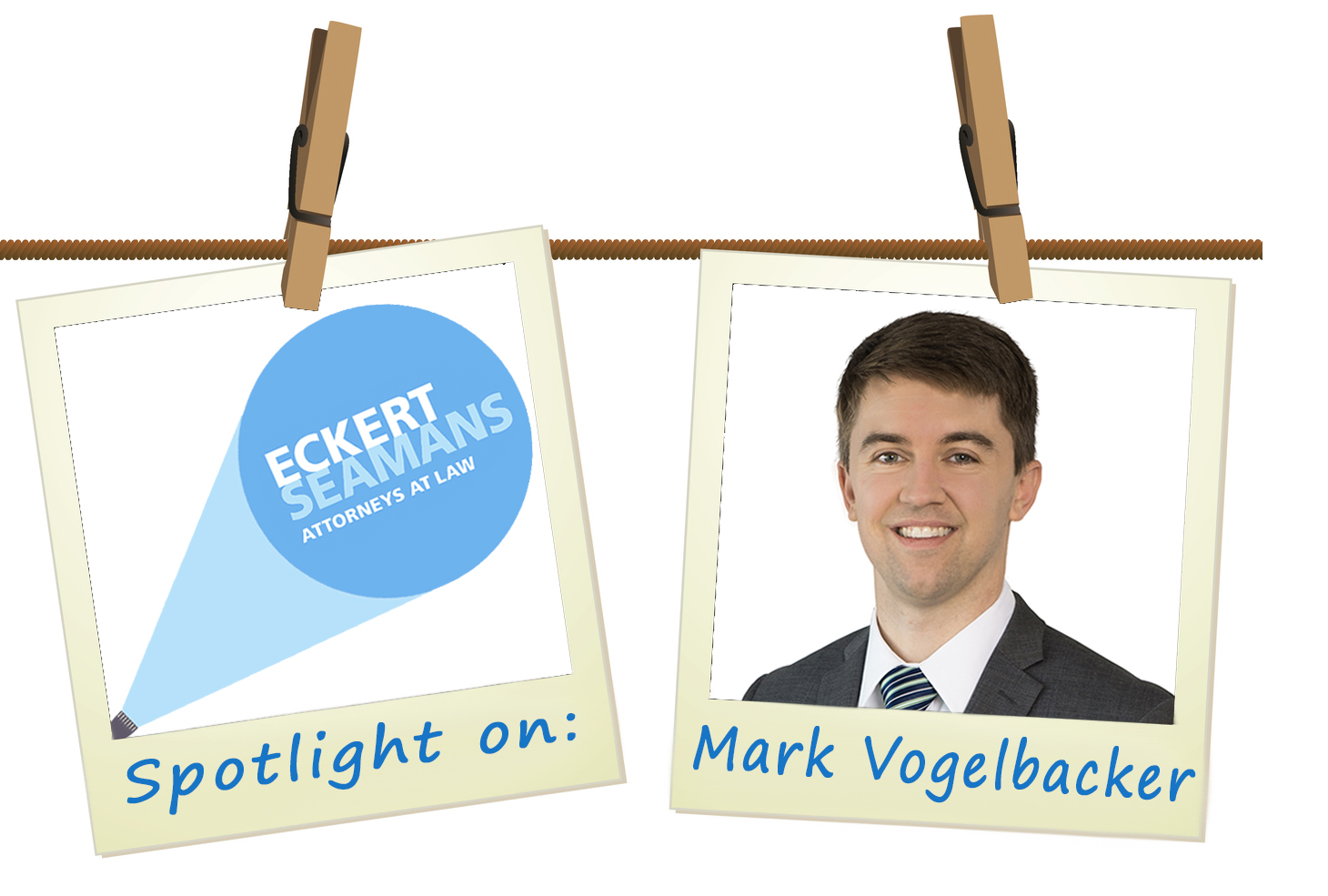 Mark Vogelbacker joined the firm’s Philadelphia office in 2017. He grew up in Philadelphia, and today lives in the Chestnut Hill neighborhood of the city with his wife Liz and their two sons James (age 5) and Luke (age 3). Before having kids, his wife worked as an office manager for a company that owns several restaurants and bars in Philadelphia. That job came with many perks (e.g., free food and drinks for Mark). Liz now works part-time for a real estate agency, where she helps sellers to prepare their homes, and spends the rest of her waking hours doting on their boys. James and Luke love to read books, wrestle (with dad and each other), and ride their bikes.

Mark is an intellectual property lawyer, with a focus on patent procurement and enforcement matters. Mark’s technical background is in the mechanical and electro-mechanical arts, including medical devices, consumer goods, power systems, software, and business methods. His litigation experience includes patent, trademark, and copyright disputes covering a range of technologies and industries, including automobiles, medical devices, optical measurement devices, and apparel.

Prior to practicing law, Mark was a patent examiner at the U.S. Patent & Trademark Office and a fluid systems engineer at General Dynamics. As an engineer, he helped develop and implement design alterations on Ohio class nuclear submarines.

I have an undergraduate degree in mechanical engineering. In college, I enjoyed learning the theory and technology. But during summer internships and my first job after college, I found the practice of engineering to be more repetitive and dry than I expected. I was looking for a career that would be more personable and interactive, without losing the aspects of engineering that I love. Intellectual property law proved to be a way to blend the theory and technology that I learned in school, with the diversity of work and unpredictability that the law often provides.

I enjoy the strategy and thought required, from analyzing claims of a patent in an infringement lawsuit, to proposing solutions to a client’s problem while meeting the client’s timeline and budget constraints.

Back to the Future (I or III; II always made me feel uncomfortable, and I’m not exactly sure why.)

What’s your most memorable trip or vacation?

My family and I traveled to Munich, Germany, and Oxford, England, in 2019. Traveling internationally with a five-year-old and a three-year-old was easier than I expected, but we did run into a few issues. For example, I realized that my passport would expire within 60 days as we were checking-in for the flight from PHL to Munich. I didn’t know that was a problem. My wife and kids got on the flight, while I stayed back that night to get a new passport the next day. Thankfully and to my surprise, I was able to get a new passport the next day, and made the same flight that night. But I wish someone (the airline!) would have told me that the expiration date on your passport is not the actual date to be concerned about. (Apparently, most countries will not permit a traveler to enter their country unless the passport is valid for more than six months after the final day of travel.)

What’s the last TV show that you binge-watched?

The Man in the High Castle on Amazon Prime.